Beginning from 1999 an annual folk festival of traditional boats has been held on Kizhi Island. The Kizhi regatta is aimed at preservation of shipbuilding traditions.
04 Aug 2017 – 06 Aug 2017

The race starts at a gunshot, and the flag of regatta rises. The boats start up near the world-known Architectural Ensemble of Kizhi Pogost. Traditional boats: ‘kizhanka’ boats, soima’s, dug-outs, karbasses and others open the competition and modern boats start up after them. After the racing at finishing point visitors delight in an unmatched presentation of old-time crafts, music and competitions. Hundreds of tourists take part in this outdoor festival. 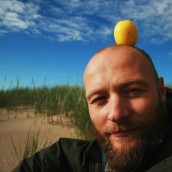